I have just returned from a very successful business trip to Egypt on behalf of one of my fast-growing, Irish-owned exporting clients. Egypt is a country that has had its fair share of economic and political turmoil since 2011 including a revolution, a new constitution, a military coup and a shock currency devaluation. Its capital, Cairo, is a sprawling megalopolis with some 20 million people living in its greater metropolitan area that is at once chaotic and exhilarating. Cairo is also the secular cultural heart of the Arabic speaking world in terms of culture, television and film, and a result, the Egyptian dialect of Arabic is the most widely understood within the Arab world. 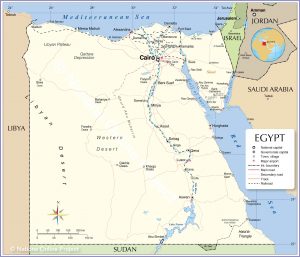 Modern Egypt is a country of almost 100 million people and is what is categorised as a developing economy. It is a place where the new and the old often collide in spectacular fashion and where the pains and challenges of growth, industrialisation and modernity can sometimes outpace the rate of infrastructural development and societal capacity to absorb change. In the aftermath of the currency devaluation and flotation in 2016, the economy rapidly gained competitiveness resulting in strong growth rising from 4.2% in 2017, to 5.3% in 2018 and 5.6% projected for 2019. The Egyptian economy is broad based with a very diverse industrial sector and an expanding services sector. Egypt is now the second largest economy on the continent of Africa after Nigeria and is set to become one of the largest economies in the world during the 21st century.

What all this means for Irish exporting companies is that there and major opportunities to develop export sales to this large and growing Egyptian market in both the business-to-business, and the business-to-consumer channels across all product and service sectors from equipment to pharmaceuticals, to medical devices, food, IT and education. Egypt is also an excellent strategic operational base to access the wider Arabic-speaking world that stretches all the way from the Atlantic coast of Morocco in the west to the Indian Ocean and the Persian Gulf in the east with a population of some 420 million people. It also provides access to the markets of many East African countries such as Ethiopia, Kenya and Uganda with which it has free trade agreements. Indeed, many Irish companies have already developed successful export activities in Egypt often working through local partners such as resellers, distributors, agents and service partners.

Today, the Egyptian economy together with many of the companies operating within it, have reached a level of sophistication and professionalism whereby they are investing significantly in their productive capacity and are increasingly focused on value added and return on investment. This is opening many and varied opportunities for Irish exporters. In Egypt, you will find that local partners have a very positive and open attitude to doing business with companies from Europe and you will find that English is widely spoken among management and professional cadres who are very well trained and educated. Indeed, Egypt is a case in point for an argument that I make again and again to many of my Irish-owned exporting clients looking to diversify their export opportunities – Egypt is one of those countries in the developing world where our perception of risk, under development and instability often far outweighs the reality on the ground. These are lazy preconceptions that are leading many to miss a golden opportunity to grow their business while others, who have a more accurate perception of the true risk/reward balance, are exploiting the opportunity to the full and gaining a foothold, and first-mover advantage, in a market with dramatic future growth potential.

Supply chain excellence to accelerate the growth of our clients’ businesses